Posted on August 26, 2021 by Littlehampton United

The nationally-renowned Methodist Modern Art Collection is sometimes said to be one of the Methodist Church’s best kept secrets. Like one of the founders of Methodism, John Wesley, who travelled around the country preaching, the collection is not rooted in one place. Conceived as a travelling collection, it tours chapels, churches, cathedrals, museums and galleries – where it inspires worship, enthuses mission and amazes visitors. Thirty-five carefully selected works from the collection will go on show in churches across Coventry from 4 September, contributing to an Art Trail, entitled Stories of Change: Hope, Faith and Love, as part of the city’s celebration as designated UK City of Culture. 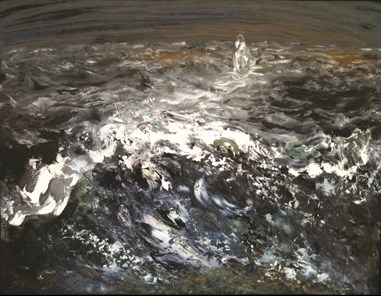 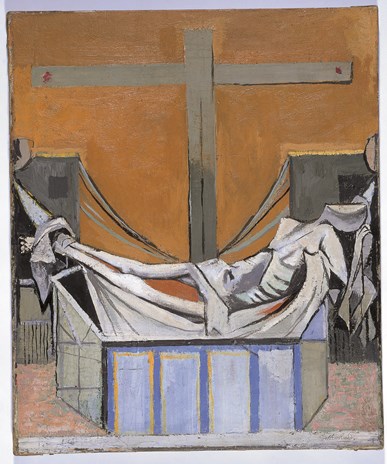 The Art Trail marks the relaunch of the Collection after a two-year conservation and re-framing programme to ensure they will be able to be preserved and displayed for future generations to appreciate. This is the first opportunity for the public to see the collection since it was displayed in Leicester in early summer 2019.

It is entirely appropriate that this Art Trail begins at Coventry Cathedral with some of the Methodist Modern Art Collection highlights, as the Collection represents the Methodist Church’s response to the resurgence of interest in religious painting in post-war Britain. It was founded in 1962, the very year that Coventry Cathedral, with its abundance of artistic commissioning, was consecrated. The story of the collection from the 1960s onwards and how it has grown to include more recent examples of world art will be explored throughout the trail. It begins at Coventry Methodist Central Hall in the city centre and extends beyond the city in churches in Earlsdon, Balsall Common and Fillongley (which is a Local Ecumenical Partnership ), are part of the Coventry and Nuneaton Methodist Circuit.

This collection was the inspired initiative of a Methodist layman, Dr John Morel Gibbs (1912-96), from a Penarth shipping family in south Wales. Gibbs, who was Vice-President of the Methodist Conference in 1959, thought that contemporary religious art could contribute to the life of the Church. He took advice from a local minister in Penarth, the Revd Douglas Wollen (1909-98) who was also an art critic.

Together they acquired for the Methodist Church outstanding 20th-century art from Britain and beyond.

The 1960s were a time of energy and optimism, with swift acquisitions of paintings, followed by a touring exhibition The Church and the Artist 1963-1965. Over 100,000 people saw the Collection at 30 venues. The exhibition was enthusiastically received, but virtually ignored by the art press. Even with a BBC television programme in 1964, overall reception was muted compared with the impact made by the opening of Coventry Cathedral.

During the early 1970s, several Methodist schools held the Collection before the works were reunited at Southlands Teacher Training College. The Collection was relaunched in 1990 following an exhibition in Penarth at the Turner House Gallery and has continued to tour since that time.

With the 1990s revival of interest in British mid-20th century art, the Methodist Church set up a new management for the collection, chaired by John Newton Gibbs, son of the original founder. More works by women and international artists have been acquired since then, and works with Welsh connections continued to reflect the origins of the collection as it has grown.

The parallels between the post-war period and the post-Covid pandemic era, as the country attempts to rebuild, are clear. This Art Trail has been curated by local communities and provides space for healing, contemplation and prayer, so visitors can respond to the works and contemporary artists may be inspired by the masterpieces from the collection, on loan to Methodist Central Hall as part of the City of Culture programming.

In addition to the opportunity to view at first hand many iconic works of art, there will be an artist and poet in residence at Methodist Central Hall responding to the collection, and a programme of talks, activities and events inspired by the artworks, aimed at children and families across all sites.

In addition to the Coventry Art Trail there will also be five key works shown in Chester Cathedral from 25 September – 31 October 2021 for their exhibition, Global Images of Christ, in partnership with the Diocese of Chester’s Board of Social Responsibility. This exhibition is part of a focus on concerns and issues raised by black, Asian and minority ethnic group communities. It is also a response to the Black Lives Matter movement.

“While the Church of England’s post-war response to church rebuilding and artistic commissioning is well known and epitomised by Coventry Cathedral, the Methodist Church’s engagement with developments in 20th-century British religious art is less well-known. The story of the Methodist Modern Art Collection will be celebrated in Coventry this autumn. It is hoped that the carefully selected works will provide a unique moment of healing and contemplation, speaking to people in differing ways, as the nation recovers from the Covid-19 pandemic.”

Organisers of the event are the Coventry and Nuneaton Methodist Circuit.  UK City of Culture in Coventry is from May 2021 to May 2022 · The full list of participating churches: Balsall Common Methodist Church, Central Hall (Coventry), Coventry Cathedral, Earlsdon Methodist Church and St Mary and All Saints Church, Fillongley: Coventry Art Trail

Paintings that will be in the Chester Cathedral exhibition, ‘Global Images of Christ’, 25 September – 31 October 2021:

o Mark Cazalet Fool of God – Christ in the Garden