President and Vice-President elected and inducted for 2022/2023

Posted on June 25, 2022 by Littlehampton United 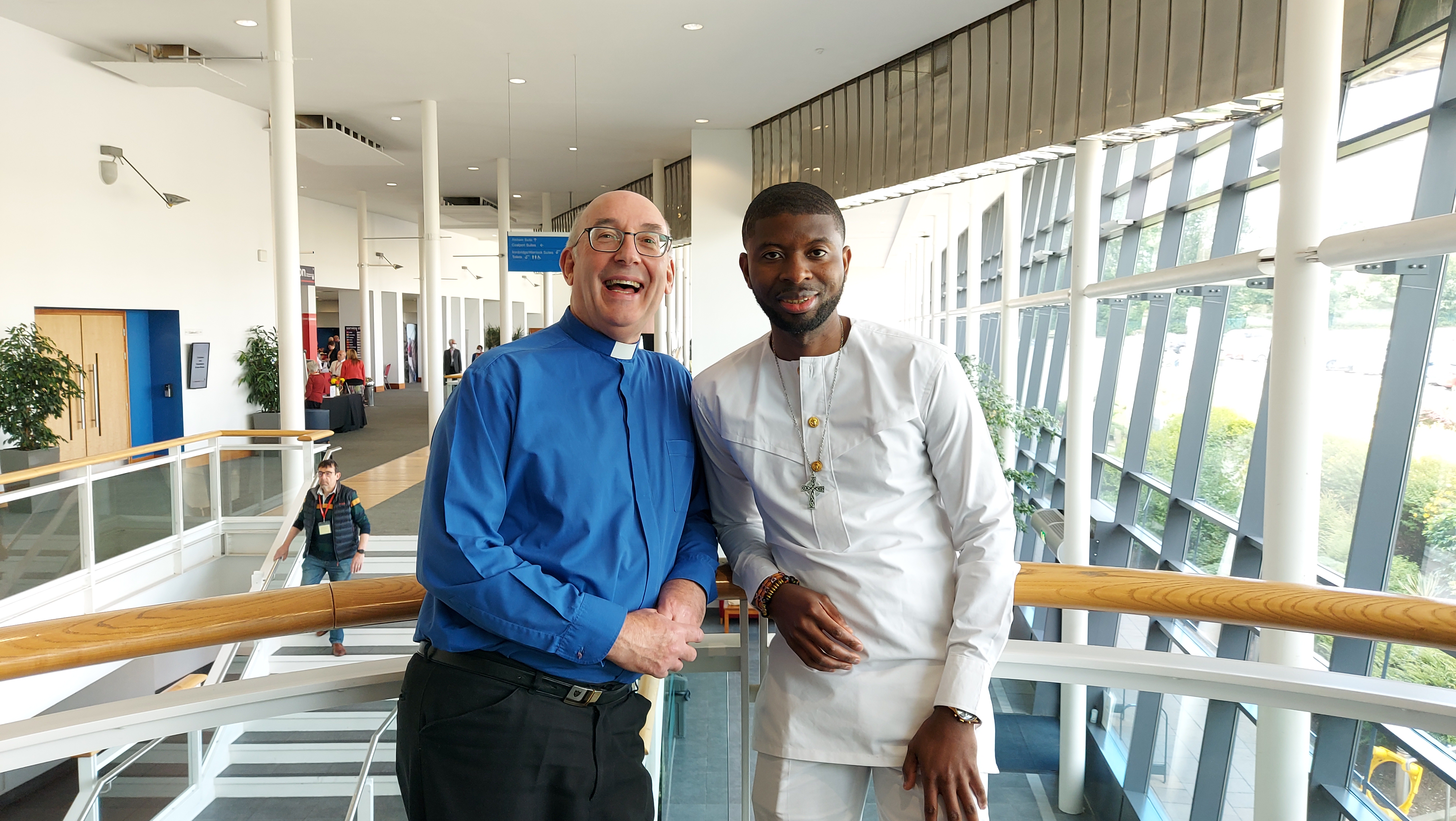 Graham Thompson has been a Methodist minister for over 35 years, beginning his ordained ministry in Bristol. He has been Chair of the East Anglia District and most recently of the Plymouth and Exeter District. Connexional responsibilities during his ministry have included as a Trustee of the Methodist Independent Schools Trust, a member of the Stationing Committee and meetings of the Central Finance Board of the Methodist Church.

In his Conference address Mr Thompson reflected on his theme for the year, calling on all Methodists to love our neighbours. He said:

“And who is my neighbour?  We know that Jesus told a story about a good Samaritan in response to this question.  In 2022…we should reference the person without a home, the person who has been on an NHS waiting list for too long, the person seeking a new life as they flee from warfare, violence or economic uncertainty.  Our neighbours are those who are struggling with long Covid or who remain fearful of Coronavirus.  Those whose island nations are threatened by the effects of climate change on sea temperatures and rising waters.  Those who do not have enough to eat because we eat too much and participate in an economy that sells food to the highest bidder.

“It is people such as these who are our neighbours because it is our lifestyles and the choices we make that have an effect on those who are as loved by God as we are.  For we are all equal under God – if only we were in reality.”

The Vice-President, Anthony Boateng, was also elected and inducted today. Anthony Boateng is a Local Preacher in the Westminster Circuit, with a passion for social action, politics, church unity, spiritual revival and creative ways of worship. He is the Convenor of the London District Social Responsibility Commission and has been a member of the Conference since 2014. Anthony was as recently as last year a member of the Church Action for Tax Justice Management Committee and Methodist Central Hall Westminster Leadership Team. In his day job, Anthony works for a government Work and Health programme which seeks to help central London residents who are unemployed, as well as people with health conditions, into sustainable work.

In his address to the Conference entitled ‘Revival: The Methodist Dream’, Mr Boateng called for a revival and wrote an imaginary letter to that section of the great cloud of witnesses who are our spiritual forebears in the Lord:  “Dear Forebears, I am deeply grieved to report our decline. I confess, at times, we have been guilty of squandering our inheritance. I am sorry. Susanna, we desire a return to the intimate devotion to the Lord which you knew in your Epworth home. John and Charles, we need an abundance effusion of the Holy Spirit just as you received in your own day. Hugh and William, we long to see again a move of the Holy Spirit as you saw on Mow Cop. We need all the inspiration you can offer to slow the curve of decline.” “Now is the time to strive to rekindle and revive the Wesleyan fire in our everyday lives.”

“Friends, through unity, guided by the Holy Spirit, let us embrace those who feel marginalized and voiceless within our church, challenge the status quo, and act as an agent of change. Let us remind ourselves of the benchmark Christ has set for all society, because God is Lord of every society and nation. This means no one is inferior and there should be equality in opportunity and treatment for all.”

Mr Boateng said there are signs of renewal in the Church, recalling a recent visit to the inauguration of the first Ghanaian Methodist Church in the UK, commenting “I will do everything in my power to encourage initiatives such as this across the whole church and I urge you all to do the same.”