Posted on January 18, 2021 by Littlehampton United 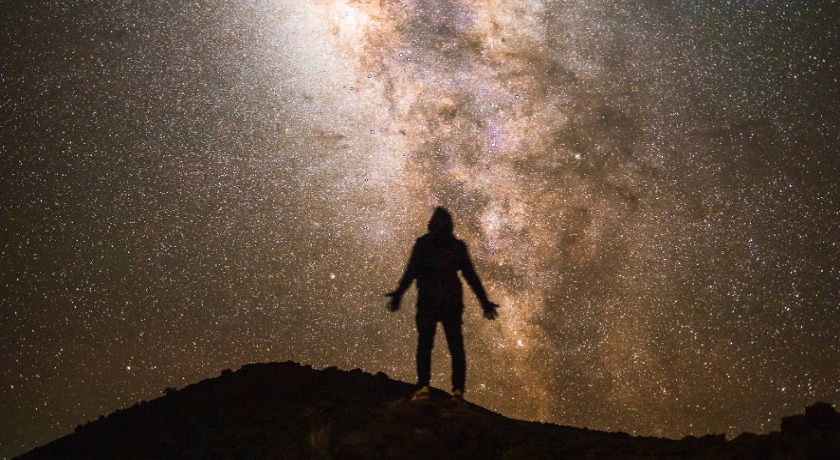 February’s edition of Reform magazine is out on 31 January. A range of subscription options can be found here. In the meantime, we hope this article from the last issue whets your appetite:

Belief in God is dying in the west, says Martin Camroux, but the mystery of God is inescapable.

‘Can’t you hear those little bells tinkling? Down on your knees! They’re bringing the sacraments to a dying God,’ wrote the German poet Heinrich Heine in 1834. Decades later, the philosopher Friedrich Nietzsche made a similar observation. ‘God is dead. God remains dead. And we have killed him.’ By this he meant that the culture was becoming one in which belief in God was no longer going to be possible.

Today, most people are simply indifferent to churches. They are busy working, trying to survive or to bring up families. They usually have little time for religion and are profoundly ignorant about it. My son went to a comprehensive school in south London where few of the children were openly Christian. One day, he came home and recounted with scorn that the RE lesson had involved a trip to a nearby church.

‘They said: “That’s a pulpit. That’s where they give the sermon from.” Whatever did they think it was?’ The point of course was that a significant number of those children would hardly ever have gone inside churches, or have had any clear idea what went on in a service.

When the sociologist Steve Bruce asserts: ‘Most Britons under the age of 60 (that is, those who were not taught its basic ideas at school or Sunday school) have almost no knowledge of Christianity,’ he may be making the point a little strongly, but essentially he is correct. Today we are trying something never done before: living without an agreed narrative that tells us who we are and with a materialist view of life.

It isn’t enough. The mystery of our human life is of an inner depth which is not simply physical or material. Marvel, mystery, wonder, beauty, love, the numinous, the mysterium tremendum, remains the essence of who we are. In Croatia, my wife Margaret and I walked to the site of a clifftop Roman villa, which had a particularly wonderful view of the coast and islands. There, I realised that very probably this was the reason its Roman owner had chosen this spot. He was moved by the same view as we were. Beauty, music, art, and love are all intangible, but all fundamental to who we are.

The US clergyman William Sloane Coffin tells of how one day he was walking through Riverside Park in New York and he saw a young man lying on the grass next to a beautiful young girl. The young man was saying: ‘How do I love thee? Let me count the ways.’ Then he took out his pocket calculator and began to work it out. There are areas of life where such procedures are not adequate. Life is touched with Spirit. Anyone who tries to understand life without seeing this is working with a disastrously limited perspective.

The Anglican priest and physicist John Polkinghorne makes this point:

‘The whole range of subjective experience, from perceiving a patch of pink, to being enthralled by a performance of the ‘Mass in B Minor’, and on to the mystic’s encounter with the ineffable reality of the One, all these truly human experiences are at the centre of our encounter with reality, and they are not to be dismissed as epiphenomenal froth on the surface of a universe whose true nature is impersonal and lifeless.’

The same is true of ourselves. The philosopher Keith Ward says: ‘You are not just a lot of material particles… In fact, these are not the most important things about you. They are not the things that make you a unique person. What matters most to you is your total experience, your inner life.’ Most of us believe this to be so. None of us are defined simply by our physicality. Any serious account of life has to include the reality of the spiritual not just the material, and if so, the possibility of God’s reality is open and our own lives evidence for it.

None of this leads to simple conclusions. As the US poet Emily Dickinson says:

This World is not Conclusion.
A Species stands beyond–
Invisible, as Music–
But positive, as Sound–
It beckons, and it baffles–
Philosophy don’t know–

Nor, frankly, does theology. There are no simple answers to any of this. We’re talking about something absolute, something that cannot be adequately described by human language. In order to be God to us and for us, God must remain a mystery, as the fifth-century theologian Augustine insisted when he said: ‘If you think you understand God, it is not God.’ Too often we become too cosy, too sure of ourselves when it comes to our theology. We ‘domesticate transcendence’. The honest truth is that a lot of evil – interpersonal and international – results from religious people imagining they possess absolute certainty about God. In the minds of some, all religions are tarnished by it.

But however inadequate our words, there is a spiritual reality which changes us, empowers us, and gives our humanity its meaning. This reality needs to be recovered and the way to do it is for us to supplement scientific reasoning with stories, images, and symbols, giving meaning to the reality of spiritual presence and our mysterious experience of humanity. This is the very essence of the task of serious theology. Scripture is vital to this endeavour but so are art, poetry, music and beauty.

The Scottish writer Richard Holloway tells the story of a Roman Catholic priest who worked in a factory and lived the life of anonymous Christianity. When asked why he did it, he said he was there to keep the rumour of God alive. I have no doubt that an idea of God has died, but that is not the end of the matter. As the American poet Theodore Roethke puts it: ‘In a dark time, the eye begins to see.’

Martin Camroux is a retired minister and writer. His latest book is Keeping Alive the Rumour of God When Most People Are Looking the Other Way (Wipf and Stock, 2020).