Call for urgent action on the cost of living crisis

Posted on August 7, 2022 by Littlehampton United 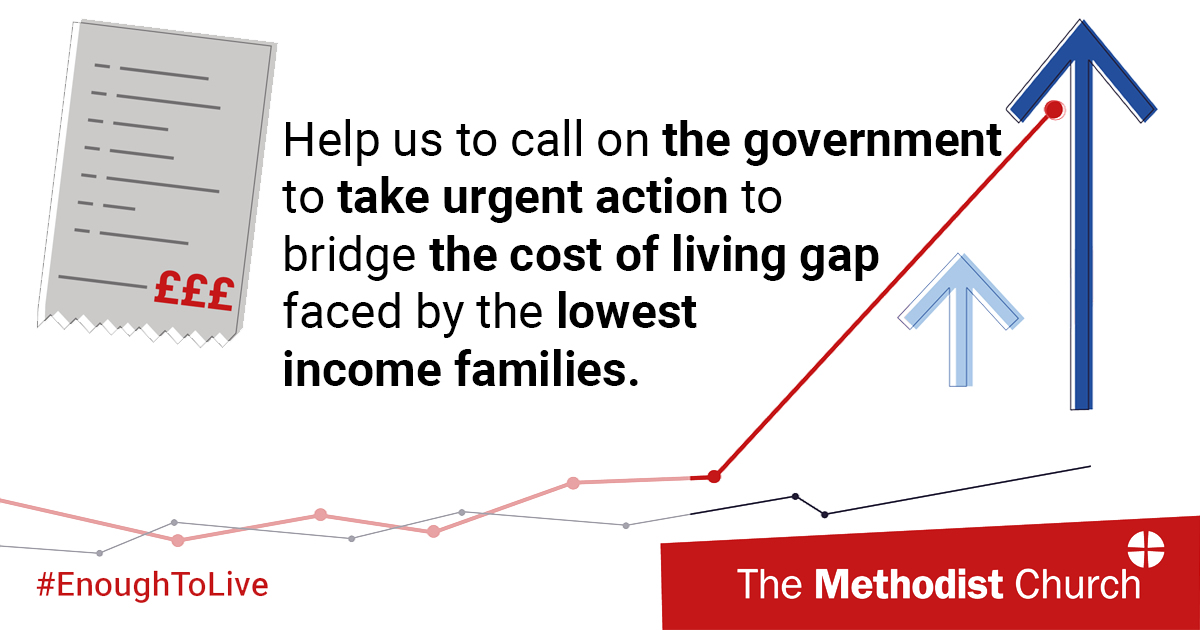 Former Prime Minister Gordon Brown has joined with 56 faith groups, charities and politicians to call on the government to take urgent action to bridge the cost of living gap faced by the lowest income families.

The call responds to a report, written by poverty expert and Loughborough University Professor Donald Hirsch which reveals the gap between the support the government is currently offering to households and the anticipated rise in living costs. The report concludes that the current flat-rate payments offered by the government will fall at least £1,600 short of making up for recent changes to living costs and benefits faced by a couple with two children.

The report assesses the extent to which cost of living measures announced in May will compensate for three blows experienced by millions of low income families: cuts in Universal Credit, inadequate uprating of benefits with accelerating inflation in April and the further rise in the energy cap anticipated in October. It shows that the package of support measures falls well short of making up for these losses, even with the October increase in the cap.

The groups, supported by Gordon Brown, are urging the Government to consider appropriate measures to bridge the shortfall in family finances, which is only anticipated to rise into the winter months.  Some charities are calling for benefits to be uprated in line with inflation, and for debt deductions from Universal Credit to be paused.

The report is endorsed by 56 charities, faith groups and politicians, many of whom are providing front-line support for families hit by rising costs, including the Trussell Trust, the Joseph Rowntree Foundation, the Child Poverty Action Group as well as the Methodist Church, the Bishop of Durham, the Hindu Council UK and the Muslim Council of Britain. It has also been endorsed by Welsh First Minister Mark Drakeford, Metro Mayors, Tracy Brabin of West Yorkshire, Andy Burnham of Greater Manchester, Jamie Driscoll of North Tyne Combined Authority, Sadiq Khan of Greater London, Dan Norris of West of England, Steve Rotheram of Liverpool City Region and Mayor of Bristol Marvin Rees.

The report contains stories of first-hand experience of the impact of the rise in cost of living. Lowri receives Universal Credit and cares for her father and daughter. Her food and fuel bills have doubled, and she’s had to sell her daughter’s bike to make ends meet: “I have spent the last 5 years living in survival mode, just about surviving each day, worrying about money constantly. I am emotionally and mentally exhausted living like this. It is not living, merely existing. There is just no way people can manage to pay all their bills, and all we are doing is existing to pay bills. Terrified is an understatement.”

Professor Hirsch said: “The shortfall families are facing between skyrocketing costs and the support government have offered continues to grow. Families were falling behind with the anticipated rise in costs even when the measures were announced, and since then the food and energy costs forecast for this winter have continued to rise sharply.

The flat rate emergency payments announced so far leave families with children particularly far behind, because they are not sensitive to the extra costs that children bring.  A new package needs to address the fact that by the autumn, living costs could have risen by as much as 14% for low income families, who have received only a 3% increase in benefits. An additional across-the-board uprating to Universal Credit and other benefits would address family need far more effectively than further flat rate payments.”

The former Prime Minister Gordon Brown commissioned the report, after facing the realities of rising costs alongside churches and charities in the UK:

“This is a crisis that Britain hasn’t seen in decades. The most urgent and immediate challenge for the incoming Prime Minister is to ensure that families with children and disabled people aren’t neglected to struggle through the challenges ahead. We need targeted support for families on the lowest-incomes, not just cuts in taxes or flat rate payments which don’t account for the specific needs of people on the brink of poverty. There should be no argument that a permanent increase in Universal Credit is the only way to take a sure step towards a solution.

“This crisis goes far beyond politics; this is a moral issue – our responsibilities to our neighbours and in particular to those who have the least and whose needs are the greatest. The incoming Prime Minister has a moral responsibility to ensure that everyone has enough to live on, through this crisis and beyond. We cannot be at ease when millions  are ill at ease and cannot rest content as long as there is so much discontent. Our society will be stronger when we help the weak and will be richer when we help the poor.”

Revd Graham Thompson, President of the Methodist Church in Britain, who have endorsed the report, said:

“Churches and other faith groups are on the front line of offering support to families who are already being swept under by rising costs. We know that millions of families aren’t simply making hard choices between heating and eating, but are having to go without both completely. If people aren’t give enough support to live, we don’t dare to imagine what will happen this winter. The government now have a duty to step up and take firm and long-lasting action to ensure not only that this crisis doesn’t deepen, but that it doesn’t happen again.”

The report is based on figures drawn at the end of July 2022. With the anticipated announcement from OFGEM regarding the rise in the energy price cap, the figures presented in this report are only likely to rise, leaving families in a worse financial position.

The full list of signatories to the report is: