Posted on November 8, 2021 by Littlehampton United 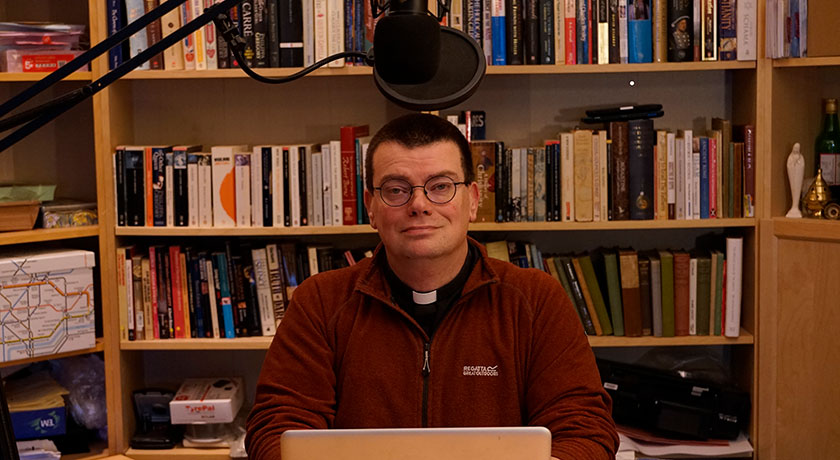 The Revd Andy Braunston, Minister of Barrhead, Priesthill, Shawlands and Stewarton United Reformed Churches (URC) in the National Synod of Scotland’s Southside Cluster, has been appointed as the new Minister for Digital Worship.

The need for the role was introduced at General Assembly in July by the Revd Dr John Bradbury, General Secretary of the URC, to make the Daily Devotions and Daily Devotions Sunday service an integral part of the life and witness of the denomination.

The Devotions began as a personal initiative of Mr Braunston and now reach about 4,000 people daily. More than 1,500 people access the Daily Devotions Sunday Service each week, a further initiative that started as a result of people being unable to attend church during the pandemic.

As part of his role, Mr Braunston will develop a range of digital worship ministries for the URC and continue and extend the Daily Devotions and Daily Devotions Sunday Service formats.

He’ll also explore how new forms of discipleship development, for individuals and congregations, might be fostered to supplement the Daily Devotions initiative, and support the work of the Worship Reference Group to ensure that URC makes easily available a wide range of quality worship resources for the work of the whole Church.

Andy’s role is full-time and sits in the URC’s Discipleship team. It will be home-based with support from the URC’s Communications Team.

Speaking about the appointment, the Revd Adrian Bulley, Deputy General Secretary (Discipleship) said: “I’m thrilled by Andy’s appointment to this post. By dedicating time and resources to this pioneering ministry, the URC is recognising the importance of Daily Devotions and the Daily Devotions Sunday Service in supporting and developing discipleship and enabling faith development. The post will help those initiatives to develop and expand in new ways. Andy will bring his energy, enthusiasm and entrepreneurial flair to the role and become a valuable addition to the discipleship team.”

Andy added: “I am honoured to be appointed to this role and am looking forward to developing the Devotions and the Sunday services to make them ever more useful tools of discipleship.”