Posted on October 18, 2021 by Littlehampton United 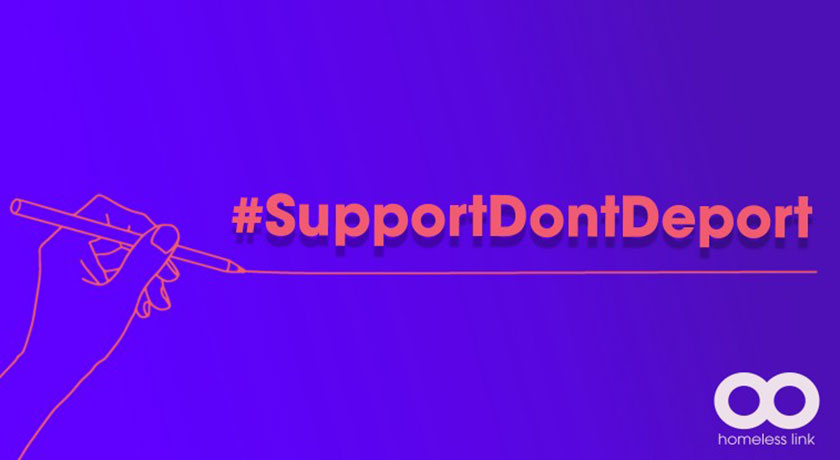 The United Reformed Church (URC) has added its voice to a campaign to scrap new immigration rules which mean that someone found to be rough sleeping could be deported.

The rules, which came into effect earlier in the year, give Home Office officials new powers to refuse or cancel a person’s leave to remain in the UK (i.e. their visa), a decision which may lead to removal from the country. These powers can be used if a person has been rough sleeping and has “refused repeated offers of suitable support and engaged in persistent anti-social behaviour.”

Homelessness organisations and local authorities across England have warned that the provision is discouraging many vulnerable people from requesting the help and support that they need and deserve. This includes people who have the right to live here, and victims of modern slavery.

Through the ‘Support Don’t Deport’ campaign, many are pledging not to collaborate with what they have called ‘draconian’ measures.

Kirsty-Ann Mabbott, a URC Church-Related Community Worker in Coventry, suggested the Church support the campaign after their experiences in running a local night shelter. They said, “This is something that has been very important in my role here in Coventry. Nearly all the folk we supported in the night shelter were from overseas and many had experienced awful things in their home countries. I am therefore glad to see the URC standing with those charities and local churches who support homeless people.”

The Moderators of General Assembly wrote to the Home Secretary last month to ask for the rules to be reviewed. In their letter, they say: “A number of our local churches and members work with homeless people and projects, and are seeing how this rule is impacting negatively on some very vulnerable people. The rules are also creating concern and anxiety among staff and services, further complicating their vital work with vulnerable adults with complex needs.”

“We believe that nobody should be punished for experiencing homelessness, and that trust in homelessness services must be preserved.”

To date, no response has been received to the letter.

Church groups which run local homelessness or housing projects can sign up to show their support for the ‘Support Don’t Deport’ campaign on the Homeless Link website. Church members can also ask their local councils to pledge not to collaborate with the rules, adapting the template letter provided.

A prayer for justice

We pray for protection for everyone with nowhere to live

especially those who have had to flee their homes in search of safety or sanctuary.

Help us as a society to heed your call to welcome the stranger,

to be good news to the poor and to liberate the marginalised.

We pray in the name of Jesus,

the Son of Man who had no place to lay his head.

By Simeon Mitchell, URC Secretary for Church and Society