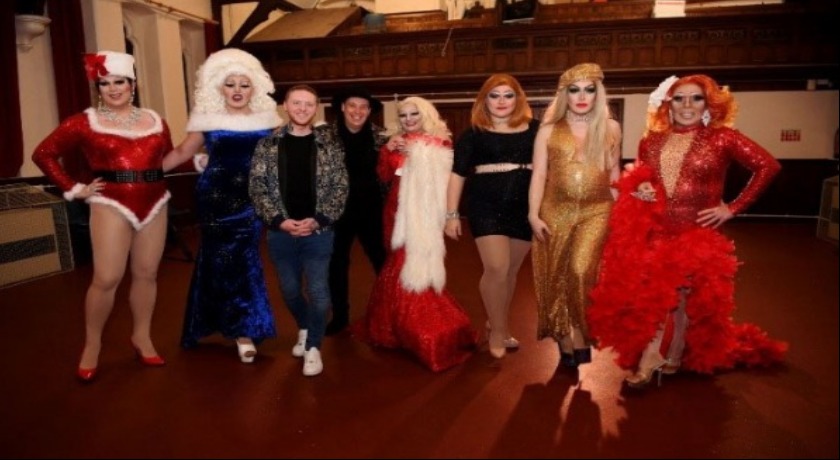 The drag community will once again come together to raise money for St Andrew’s United Reformed Church in Roath, Cardiff.

The previous events, which are sponsored by CPS Homes, have so far raised more than £12,000 with the first event taking place in December 2018.

St Andrew’s United Reformed Church (URC) on Wellfield Road, built in 1898 needs to raise funds for its long term project of much needed repair work for many parts of the building to be able to continue supporting its congregation as well as the support it gives to many community groups.

Determined to help the church, Wayne Courtney, an NHS nurse in his day job, and Nathan Wyburn, who’s known for his artwork made out of unusual materials, are both dedicated fundraisers for St Andrew’s and have once again set themselves the task of organising the hugely popular event which this year takes place on 7 December.

St Andrew’s and the team behind Dragged to Church will soon be featured in a film, by Keeping Faith star Eve Myles’ production company, Empty Room. The company has teamed up with Fulwell73, the independent team behind James Corden’s The Late Late Show, Bros: After The Screaming Stops and the Gavin & Stacey Christmas Special. 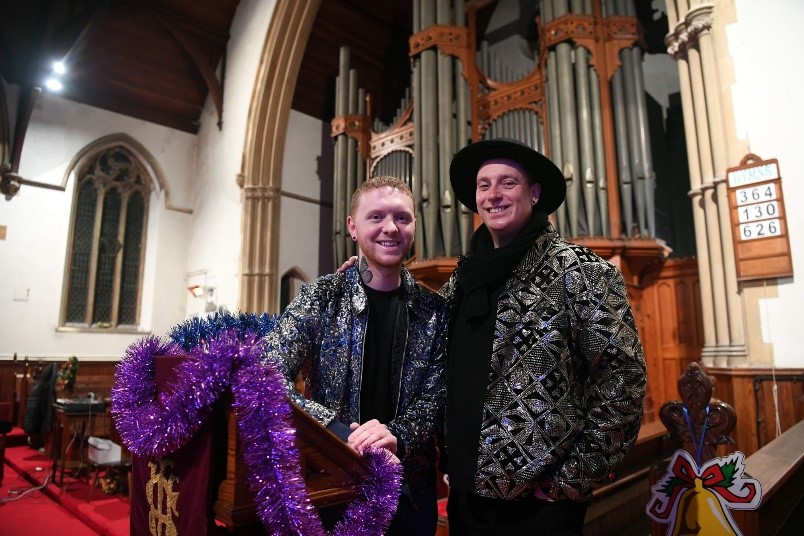 The film is inspired by the true story of two very different Welsh communities who came together to help save their beloved local church in dire need of repair.

When the desperate church Revd Des Kitto contacted local LGBTQ+ Radio presenters as a last resort and asked them to help, the result was a Christmas Drag show.

Des said: “The bringing together of many local diverse groups into a building we want to share has been a tremendous feat. When we started in 2018 we had no idea the event would be such a success, it was so heart-warming to see so many people from many diverse groups engaging and enjoying the ambience of our beautiful building.

“Our huge thanks go to Wayne Courtney, Nathan Wyburn, Rob Keetch and the Drag Queens.”

Wayne Courtney said: “Dragged to Church is a wonderful event that brings communities together, celebrating Christmas in the most fabulous way imaginable.”It’s more than an event it’s an experience and it’s started a wonderful friendship between two communities. Rumour has it that some Sundays Revd Des is about five inches taller because he’s started wearing heels under his robes.”

Nathan Wyburn added: “Thinking outside the box is everything I stand for in my career, and this event is no different.

“Who’d have thought? It’s just joyous and brilliant. I’m overwhelmed with the response this year and it’s a testament to the great people of Cardiff who are so diverse and accepting. Bring on the movie.” 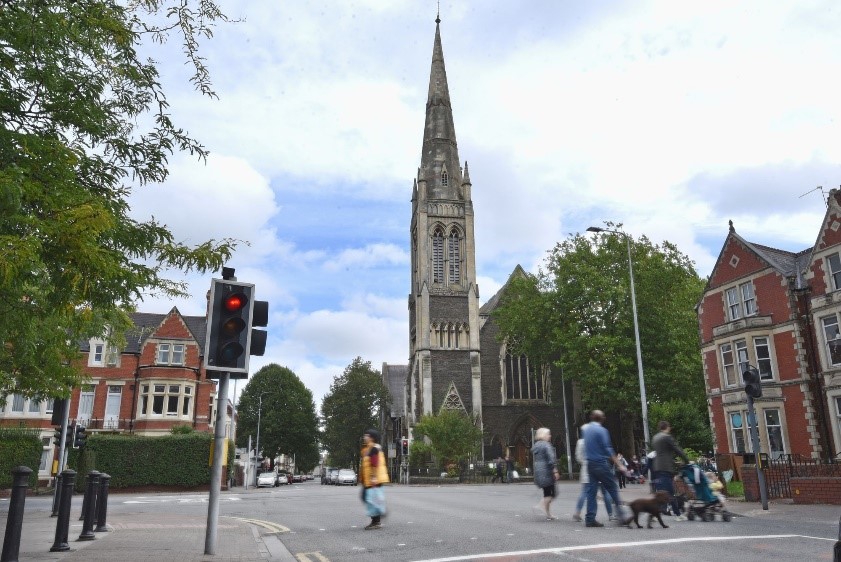 The whole allocation of tickets for the event sold out within six hours of being released on 12 October. To find out more about St Andrew’s URC fundraising efforts, or to donate, click here.