Faith groups call for G7 Summit to use power wisely

Posted on June 10, 2021 by Littlehampton United 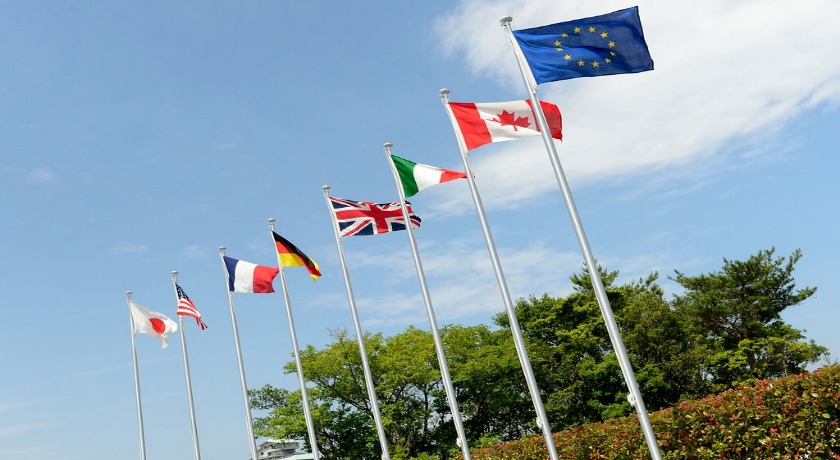 As world leaders arrive in Cornwall this week for the G7 Summit, the United Reformed Church (URC’s) General Assembly Moderators joined dozens of faith leaders to call on the UK government to use its presidency of the G7 and of the UN climate talks to drive real progress on addressing the climate crisis.

In an open letter to the Prime Minister, they state, “As people of faith, we cannot stand by while world leaders continue to delay action. Delays on phasing out support for fossil fuels and on addressing climate impacts are destroying lives. From the Pacific islands to sub-Saharan Africa, from Bangladesh to Brazil, the climate crisis is a present reality for the world’s poorest people. They have little power to tackle this catastrophe which they did not cause. We ask you, who do have power, to use the UK’s G7 and COP Presidency in their interests.”

The interfaith letter asks the government to end the use of UK public money to subsidise fossil fuels, and also support the creation of a new international fund to cover the loss and damage suffered by communities most affected by the impacts of the climate crisis. You can read the full text of the letter here.

The letter follows the publication last month of a significant report from the International Energy Agency which said that in order to limit global temperature rises to 1.5°C, the target set in the Paris Climate Agreement, there should be no further investment in new fossil fuel supply. The General Assembly Moderators had already joined 60 civil society leaders in calling on the Prime Minister to act on the report and end new licensing for oil and gas in the UK.

The URC took the decision to divest its remaining investments in fossil fuel companies in May 2019, and committed to use its influence to advocate for an end to the exploration for new oil and gas reserves, and the managed decline of fossil fuel production, in order to foster the transition to a net zero carbon economy.

The interfaith letter was coordinated by Faith for the Climate, which brings together people of every faith to address the climate crisis and is leading a call to ‘Make COP Count’. Its director, Shanon Shah, commented: “People of faith in Britain are acutely aware of the losses and damages suffered by communities around the world due to the climate crisis. This sense of interconnectedness plays a big part in our pursuit of climate justice as a moral and spiritual concern. Together, within and across our different faith traditions, we are asking the UK government to undertake its urgent moral duty to address climate change nationally and globally.”

The G7 is an intergovernmental organisation consisting of Canada, France, Germany, Italy, Japan, the United Kingdom and the United States. The G7 Summit will take place from 11-13 June in Carbis Bay, Cornwall. On the eve of the summit an interfaith vigil will be livestreamed from Truro Cathedral – click here to register.