Posted on August 4, 2021 by Littlehampton United 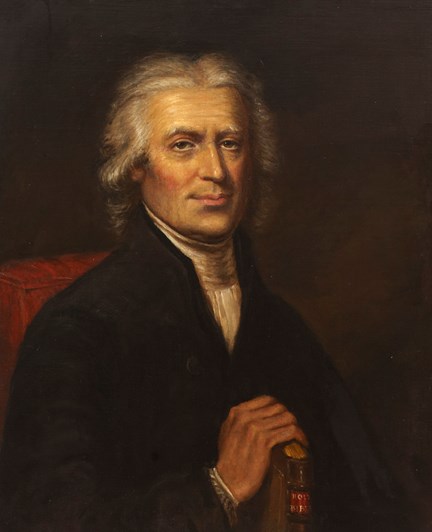 A portrait of Francis Asbury, reproduced with the permission of the Trustees of Wesley’s Chapel

This autumn marks 250 years since Francis Asbury sailed from Pill, near Bristol, to Philadelphia, having been commissioned by John Wesley as a travelling preacher. Asbury went on to lead the Methodist movement in America for over 30 years.

Starting life with little education and from a humble background as an apprentice in the industrial West Midlands, Francis Asbury went on to become a major influence in the USA, and where he is still revered, over two centuries on.

Francis Asbury grew up in Sandwell in the West Midlands, his childhood home now the location of the Bishop Asbury Cottage Museum. Barbara Easton, Vice-President of the Methodist Church, who lived in the same area for over 40 years, has written of her admiration for Francis Asbury:

“Why am I such a fan of Asbury? I think it’s because, by rights, he was someone that on-one should ever have heard of. Most things in life were stacked against him – he was an apprentice nail-maker with little education. Yet he was fired up by the faith that he found and this gave him an energy which nothing could stop. He didn’t have a lot of learning, but he studied (and kept studying) to get the education he needed. At a time when most people didn’t travel far, he went round and round the preaching circuit of the growing, challenging towns encouraging people to find a transformative faith like his. He was said to be an extra-ordinary preacher’.  He didn’t always have great health or confidence, but he didn’t let that define him or what he could do for the church. He put up his hand and said, ‘Here am I. Send me.’”

In addition the Methodist Church in Britain will launch a series of digital resources to coincide with the September celebrations on the themes of vocation, rural ministry, itinerancy and journaling. Sarah Hollingdale, Heritage Officer for the Methodist Church, said:

“We wanted to bring some of the key themes of Francis Asbury’s life into a contemporary context and offer resources for a period of reflection during the weeks between his embarkation and arrival in Philadelphia.”

Anyone interested in attending the service on 12th September should email the Connexional Heritage Officer, Sarah Hollingdale – hollingdales@methodistchurch.org

The resources accompanying this event will be available on the Methodist Church website from 10th September.