Posted on March 31, 2021 by Littlehampton United 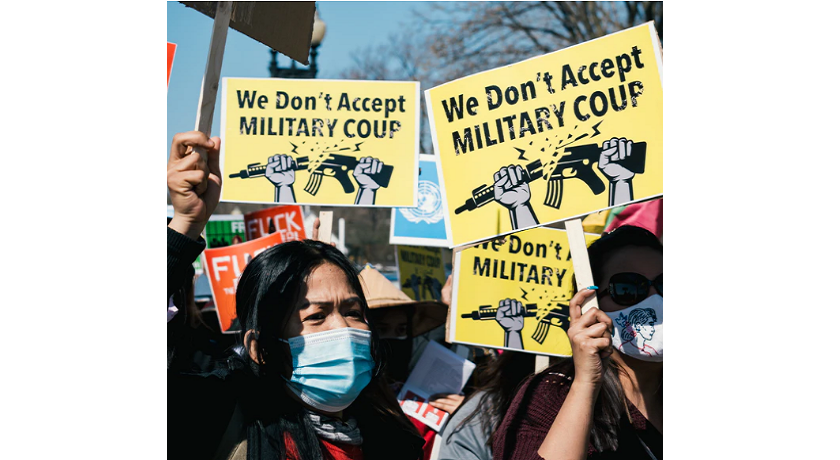 Members of the United Reformed Church (URC) have expressed shock and dismay at recent events taking place in Myanmar, starting with the military coup on 1 February.

Speak out for those who cannot speak,
for the rights of all the destitute.
Speak out, judge righteously,
defend the rights of the poor and needy.

We have listened – almost in disbelief – to reports of unarmed civilian protesters, including children, being killed indiscriminately by members of the Myanmar Armed Forces. We are outraged by the blatant disregard for the welfare, safety and wellbeing of Myanmar’s citizens displayed by the military regime which claims to be “on the side of the people”, and the callous behaviour of military leaders in light of the violence used to suppress the nationwide protests resulting in the deaths of more than 100 protesters on a single day (27 March).

We lament all the lives lost – now estimated to be in excess of 400 people. We grieve with the families who have had their lives shattered.

The URC stands in solidarity with our partners and friends in the Presbyterian Church in Myanmar (PCM). We support the Church’s statement of 8 February following the coup,  reproduced below, but note with deep sadness that the enforced military government has ignored the PCM’s appeal not to cause harm, or to oppress anyone taking part in the Civil Disobedience Movement. Our prayers are with the Presbyterian Church in Myanmar, with all the people of Myanmar, and with the friends and loved ones scattered around the globe who feel keenly the pain of all we are witnessing.

The URC adds its voice to the numerous voices condemning the violence being meted against Myanmar’s citizens as they exercise their right to protest, and in demanding that the human rights of Myanmar’s people be respected and restored. We affirm the united statement issued by twelve national defence chiefs, including the UK’s Foreign Secretary, insisting that “a professional military… is responsible for protecting – not harming – the people it serves”, and urging the Myanmar Armed Forces to cease violence and work to restore respect and credibility with the people of Myanmar 1. We support calls for the immediate and unconditional release of members of Myanmar’s democratically elected government, including State Counsellor Aung San Suu Kyi and President Win Myint.

Myanmar’s anti-coup protestors are displaying immense courage in their determination to secure justice for their nation and in standing against the forces of evil; the United Reformed Church urges the UK government to pursue all political and diplomatic means to support the protestors’ efforts and contribute to seeking a peaceful, just and considered way forward for all Myanmar’s diverse peoples.

In the face of injustice and oppression, the United Reformed Church reaffirms its commitment to this biblical mandate and urges its members, and people everywhere, to continue speaking out – with and for the people of Myanmar.

God of justice, we pray for the people of Myanmar;
for democratically elected politicians
who have been prevented from exercising their rightful authority,
for those who have grasped power, through force of arms
and for all those whose families, lives and livelihoods are at risk.

God of life, we ask that through our prayers and action,
and through the efforts of all those working for peace and justice,
the people of Myanmar will know your justice, your freedom, your peace,
and the fulness of life you promise.
Amen.