This month in Reform

Posted on October 26, 2020 by Littlehampton United 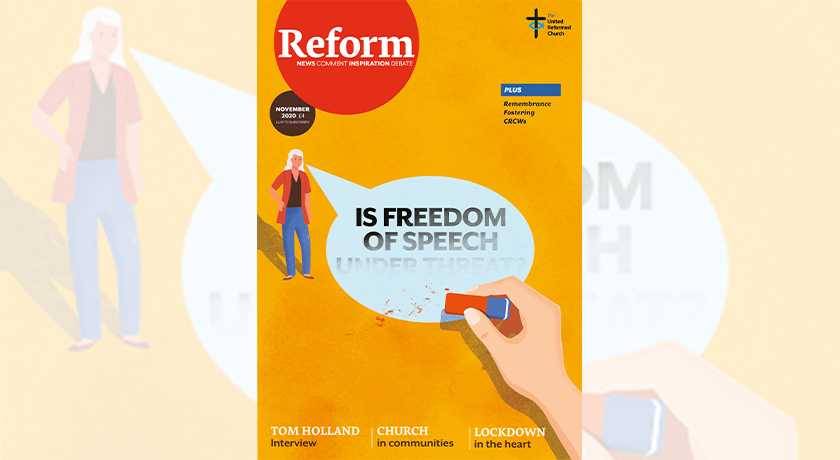 Community stories take centre stage in this month’s edition of Reform magazine: from a pop up craft cafe in Gloucestershire to an award-winning gardening project in North Yorkshire, it celebrates the life and creativity of local churches.

Also: Reform asks four commentators: “Is freedom of speech under threat?” Stephen Tomkins, Editor of Reform, interviews historian Tom Holland, and a stirring piece from former URC Youth Moderator Dan Morrell, on why churches must be on the frontline of this Covid crisis.

Get challenged. Get inspired. Get Reform digitally, on paper, or both, from £5.99.